Hope Delgado, GALCOM’s only expert on ghosts in space, must solve the mystery of a haunting on a planet.

The ghost terrifies the Koraxians, who depend on the area for their livelihood.

But the ghost refuses to talk with Hope.   With the death of one of the Koraxians, Hope must come up with another plan, and fast.

The odds are stacked against Hope in this thrilling space opera.

Pick up this short story from your favorite bookseller.

Three chilling fantasy tales of ghosts…
CURSE OF THE CAT

Available from your favorite booksellers.  Is this an awesome cover?  I liked this image so much I’m getting a second by the same artist. 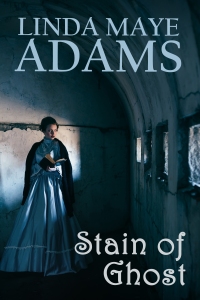 Stone mage Margaret Day thought the faces of the automatons gave her nightmares.

But what the Know-Nothings did to the construction of the Washington Monument makes the nightmares seem tame.

A haunted stone, deep within the monument, tainted with evil.  Can she fight the evil?

A page-turning story of dark secrets.

Available from your favorite booksellers. (This is still publishing and may take a day or so.)

Curse of the Cat

The nightmares never stop.  Not since Edward Wight purchased the painting haunted by the artist.

It watches.  It intrudes on his dreams.  It tells him to die.

His only chance?  Maz, a sculpturer with crazy inventions.  Can she help him before time runs out?

A twisted tale of dark secrets and growing evil.

Sometimes ghosts can be too helpful.  But Private Investigator Tibby Clarke just wants respect from her grandfather ghost.

A routine case takes Tibby into the Washington DC suburbs…a strange place for a ghost partner with nineteenth century sensibilities.

But when the case turns deadly, her ghostly grandfather may be the only person standing between her and life and death.

A twisted fantasy tale with a terrifying secret.

On the journey to adulthood, Lily Chun left herself behind. Does the child who set out boxes to trap aliens exist anymore?

A dream of aliens draws Lily Chu to the California desert. Hoping to see a UFO.

Plain silliness, her family says. So she must take a leap of faith.

Then another woman arrives. Like her. Looking for aliens.

Comet TV has been running the 1970s science fiction show, Space 1999.  They had a New Year’s Eve marathon, so I tuned in on and off during the day.

The History of the Show

It ran two seasons and starred Martin Landau and Barbara Bain.  They manned a base on the moon that was used to store nuclear waste.  The nuclear waste then exploded with enough force that it knocked the moon out of orbit.

According to my Google Fu, the producers were puzzled at the negative comments they got at the time.  They didn’t understand why viewers didn’t give the show the suspension of disbelief that Star Trek got (yup, there’s a reason).  The show was cancelled after the first season, but the producers were able to negotiate to bring it back.  Fred Freilberger was at the helm (Star Trek), and he made it more action-focused.  But it didn’t fix the overall issue, and it was cancelled a second time.

The suspension of disbelief issues started with the a message in the story.  The producers wanted to show that nuclear waste was bad.  They got on a soapbox and wrapped the whole series around the moon being blown out of orbit.

The characters simply react to the next thing the moon drifts near, and then the moon drifts away.  The entire setup of the show kept them from having any kind of control over their own fate.  In one episode, they drifted near an alien planet.  Aliens did not want them on the planet, but inexplicably send rockets to the moon to give it atmosphere for a little while, then pulled back the rockets.  The moon drifted away.  And?

The characters couldn’t get rescued.

They couldn’t settle on a planet.

Above all, they couldn’t even protag.

Robin Bangerter from my Fort Lewis days sent along this fun video.  Thanks, Robin!

Over Thanksgiving, I was a guest panelist at ChessieCon–first time as a panelist for me.

This is a picture from my first panel.  I’m in the teal on the end.  My book Cursed Planet is standing up by my name plate.

The con hotel had changed hands again.  The hotel is located near the Maryland State Fair site, so it gets a lot of interest from the bigger brands.  But the hotel is old and the cost to bring it up to brand standards is expensive, so it changes hands about once a year.

So the result was that when I checked in, the hotel was being remodeled.  The heat was completely out in the part of the building where the panels were.

It was thirty outside.

My panels included Military Life Vs. Real Life; What not to do when trying to get published; book covers; and time management for writers.  I had eight panels altogether.

I was thinking that I would be able to attend some other panels, but I was surprised at how draining it was.  I only managed two.  I’m an introvert, and I had to be on for the duration of the panel.  So I vanished up to the hotel room between panels to recharge (staying in the hotel when you’re a panelist is a must).  I did a little writing towards the tail end, but I was pretty fried.

Know your genre – from the What Not to Do panel.  In the Gold Rush days of indie publishing, I ran across a writer who had 8,000 Twitter followers. I was jealous!  I naively thought that translated into a lot of sales of books.  How could I get in on that?  One day, he asked me to review is book, calling it an action-adventure thriller.  I looked at the book.  It was a fantasy detective book, and definitely nothing thrillery like I would see in a James Rollins book.  He got upset when I turned down the review and said it had lots of action, because there was a big action scene at the end.  Sorry, that’s not a thriller.

Time Management: Hands down, health.  Do too much sitting and not enough exercising, or eating right, and the writing itself will suffer.  In terms of my priorities, it’s above writing.

Distance in stories:  Not one of I was on, but Jo Walton made an comment about the culture of distance.  We think nothing of driving somewhere if it’s about a day away.  In fact, commuting in the Washington DC area is at least a two hour drive for many people because we have such a housing shortage.  But in Great Britain, which is only about 600 miles long, twenty miles is considered a long ways to go.  They think of the distance as this giant chasm to get across.

Military Life: Know the difference between the officers and enlisted, and what the ranks are.  You’ll go along ways to “feeling right” with those two items.  Yet, I’ve seen a Lieutenant Colonel in a book who was 25 years old (in a modern setting), and in movies, they’ve mixed up officer and enlisted.  Mike McPhail was on this panel with me.

Covers: Blue and gold is trending for science fiction now.  And, of course, I told the story about an indie writer who posted up her cover for a thriller and it was clip art photo of a peaceful snowy scene.  Readers get their first impression from the cover.  Mike was also on this panel with me.

Aside from the bone-chilling cold, the con was a lot of fun!

Comet TV has been showing Space: 1999, a British import that starred Martin Landau and Barbara Bain (he passed away a few years ago; she’s now 87).  In the series, an explosion blows the moon out of orbit, and with it, the people on a base on the surface.  It’s a little like Star Trek Voyager, in they have a never ending supply of shuttles (called Eagles).

I’ve only seen a few episodes, so I’m not sure what to think of it some 40 years later.  Here’s the theme from the first season (which changed drastically for season 2).  It looks like an inside joke or Easter egg for those who know the career of the two leads.  The “This episode” sections mimic what Mission: Impossible did.  I find the opening introducing Martin Landau and Barbara Bain quite striking.

And here’s a mash-up of Star Trek’s “Tomorrow is Yesterday” to the same music.

Much of my childhood was spent watching monster movies.  That was in the days when the TV stations aired everything, including anything in black and white.  Within about ten years of that, all the black and white films and shows starting disappearing.  Voyage to the Bottom of the Sea had one season in black and white and three in color, and suddenly it was hard to find the first season.  And the movies that I watched every Saturday that came from the 1950s and 1960s started disappearing.  Even the color movies have largely disappeared now.

There were many films about the fears of what atomic power would do or our push into scientific fields.  Them! had giant ants roaming the sewer systems of Los Angeles (with James Arness of Gunsmoke).  The Creature From the Black Lagoon had an underwater creature stalking people (Ricou Browning did the underwater stunts without diving gear).  The Fly, which starred David Hedison (though he was then using his first name, Al), had a scientist experimenting with transporter technology and ending up part man, part fly.

A few really scared me.  There was one involving rats in a basket being put over someone’s head (no clue what the title is). In another, shockingly for the time, a man’s arm got torn off on camera (I believe that was The Brain That Wouldn’t Die).

And then there was Godzilla, and all the monster movies that came with it like Rodan and Monster Island.  I think I saw the original only once or twice.  It had a very different tone, more suited for the fears of science gone wild, so the local channels may have passed on it in favor of the other movies.  Those were just plain monster-destroys-Tokoyo, and Godzilla even became a good monster with children

In 1977, NASA named the first space shuttle after the starship Enterprise of Star Trek.  Now Godzilla has a constellation named after him.

And if you’ve never seen this, Bambi Meets Godzilla. It’s an early fan produced film that I saw at a con in the 1970s.