My flash fiction story “The Library Patron” is out in a new anthology! This was a fun story to write. I saw a prompt that said “Neighborhood Zombie,” and the story simply happened. 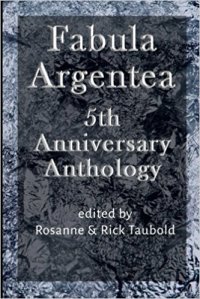 To celebrate the first five years of publication, we have selected stories that we feel exemplify the spirit of the magazine and the variety that it offers our readers. These thirty-four amazing stories, from both first-time and established authors, will take you on unforgettable, and sometimes unexpected, journeys to places real and imagined. They will take you to the past, the present, and the future. Some will make you laugh; some will bring tears. And some may call up memories from your own past. We hope that you will find these stories as enjoyable and memorable as we have.

Everything to do with supplies and carrying equipment and troops is called logistics in the military.  If you don’t have the supplies, soldiers can have problems with basic things like not get enough food.  That was one of the reasons the First Battle at Manassas during the Civil War was such a surprise to everyone.  That railroad at that location was logistics, in this case, bringing more troops in.

Because the military moved so fast to start getting soldiers over to the Persian Gulf, we were reading in the newspaper about shortages of toilet paper, toothpaste, and other personal hygiene items.  So our supply sergeant ordered everything and tried to anticipate what we would need.

My company was what was called a “Medium Truck,” which gives a very different impression than the reality.  We had M915 tractor trailers — yes, a tractor trailer is a medium truck.  There’s an even bigger truck with tires that are taller than me!  As the supplies came in, we either packed them into boxes mounted on pallets, or packed them in corrugated steel shipping containers called conexes.  The conexes could be mounted on the back of a truck flatbed or lifted by a crane and put on a ship.  They also could be locked.  Anything worth stealing went in those.

I remember that one of the trucks pulled up outside out company area, in the gravel parking lot.  The lot always had muddy holes in it and was on the 10 year waiting list for repair.

We had the shipping boxes out and were throwing things in.  I had a clipboard and lots and lots and lots of copies of packing lists.  This was in the days before computers, and even copy machines were a bit on the early side.  I sat on the ground and hand wrote the contents of each box on six copies.  One copy went inside the box, and one was put outside the box, one went to the supply sergeant, and I don’t remember any more where the rest went.

We were like zombies at that point, almost mindlessly going through the packing.  It was a foregone conclusion we were going, though we still didn’t have a date.  It wasn’t like if you get really stressed out at work, because at the end of the day, you can leave.  Deployment was all around us, and we never could quite get away from it. We were all racing to get done without the end actually in site.  I remember in one of Tamara Pierce’s books, Daja’s Book, the main character is using her magic to put out a massive forest fire.  All she can see is what’s in front of her, and it’s go, go, go!  Then the fire is gone rather abruptly, and it’s like “Now what?”

We got the trucks packed up, and then they were driven off to the Seattle port to be shipped out.  Suddenly we had nothing to do but wait.

This an interesting article on the build up, which discusses some of the logistics.  It also mentions the 7th Transportation Group, which would be eventually assigned to after we arrived in the country.

This is a public service announcement from the Los Angeles Police Department, but seriously, it has zombies.  Brrraaaaiiinnns!

Hmm.  Maybe I could do a zombie story with soldiers.

The Twitter Zombies out there — they stalk mindlessly through Twitter.  “Twwweeeetttts.  Must send tweet.  Must promote book.  Must promote self.”  And then we, the recipients of these brains tweets, end up with spam (not the kind you eat).

For the last few months, I’ve been overwhelmed by writer spam.  If you put writer in your bio, writers flock to you, and then they send link spam: Writing links; “My book got five stars”; and retweets of other writers’ spam.  It is insane!  How can people think this sells books?

I have bought books based on tweets, but it’s been when someone else other than the author mentions the book — and it’s a real recommendation, not the cheer leading squad of RTers.  But because Joe Writer sends out multiple tweets about his books — no, no, and NO.  I like my brains very much, thank you.

However, all my frustration with writer spam made me think about what I was doing.  That plus a class on social media I took.  The class was focused on the business side, but had the unique aspect of being by people who are still trying to figure it out rather than an expert.

So I looked at my Twitter timeline.  I was surprised as how unfocused the tweets were.  I’m a jack of all trades.  I like a lot of things.  When I was in college, it was, “You mean I have to pick a major?”  I ended up with 94 credit hours and an AA in General Education.  If I went back today, I’d still have trouble picking a major!  Platform may be a challenge for me because of this, so the first thing I did was narrow my focus a lot.  I took it down to three topics:

Then I cut the number of linked tweets I send out to 4.  Social media experts say you have to do at least 10 to stay visible, which is probably why so many writers are sending link spam.  Ten was hard to keep up with, so I originally cut mine to 7 — which was still hard to keep up with.  My intent was to find conversations, but that was difficult because one of the hashtags I was on was overloaded with writer spam (the hashtag owners started reporting them as spammers.  We’re now down to about 5 spammers, 3 of which are one person, and the other 2 are RTing her.  Like I said, Twitter Zombies).

But it’s the other thing I did that seems to have made a huge difference in the responses I’m getting with fewer Tweets.  Most people will send out the name of the page or post title as the Tweet, maybe with a short comment.  I used to do that.  But to help keep me from going off in the latest shiny direction, I delete the title and write my own comment about the link.  It has to stand up on its own.  With that requirement, a lot of links haven’t made it to Twitter, but the quality of what I’m sending out is much better.  The links are coming from major blogs I subscribe to and TrendSpottr (that’s from the social media class).  The rest of the Tweets are conversations.

And the results have surprised me.  Before, with 7-10 link tweets using the post title, I would get maybe one Tweet clicked on, often by one person.  With fewer links much more personalized, I’m regularly getting 5-7 clicks per tweet.  My Klout score’s also jumped up (it had  been declining).

Maybe things are changing.  Sending out so many links might have worked early on, before so many writers got online and starting repeating where early successes were.  Have you reassessed your role in social media?  What things are you trying?